This puzzle game is about a lonely man who lost his wife. He is very lonely and sad , because his wife died. He is trying to forget reality by dreaming. In his dreams, he tries to get his wife back to reality. Because it is his dream, he can walk everywhere he wants, but it is hard for him to take her with him back to reality, because he knows he can't really do that. But with his imagination, he can find a way for his wife to get to the exit of the dream.

However, when he exits the dream after he has succesfully brought his wife to the exit, he still wakes up inside a dark house, all alone. He gets sadder and sadder and the loneliness of reality starts to fade into his dreams. Where he could walk everywhere in the beginning of the game, he gets more obstacles in later levels, as the struggles of reality also enter his dreams.

After some time though, he slowly learns this is not the way to live and he has to let his wife go. He has to leave her behind in her dreams, so he can go back to reality and really live. He still thinks about his wife, but he has learnt to let her go.

I made this game on my own in 72 hours for Mini Jam 17 with the theme "Home Alone". The limitation was that we would get an extra limitation every 24 hours. The limitations were: "no mouse input", "no combat" and "there must be a star in your game".

- I recommend you play a binary version instead of the browser version if you face problems with the frame rate.

- One of the limitations of this game jam was that we weren't allowed to implement mouse input, so you'll have to navigate through the menu's with the arrow keys.

- There is no restart button, because I designed every level so you cannot fail a level. No matter what you do, you will always be able to finish the level. So if you think you need to restart; you don't need it. Just keep puzzling :) 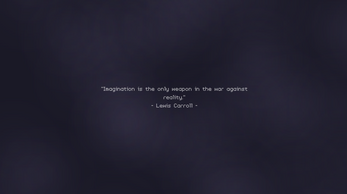 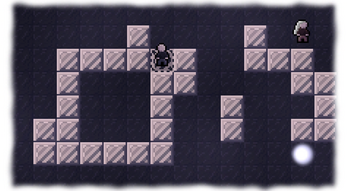 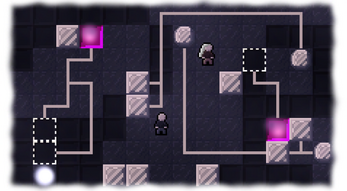